A downloadable game for Windows

There Will Be Ink is a difficult tactical action game for 1-8 players. Play solo or with friends in battles between stick figure armies on a paper notepad, just like you used to draw in class instead of paying attention!

TWBI is a difficult game, where charging forward into the fray will rarely win a battle. Tactical thinking is essential. Assessing the battlefield, taking cover as needed, keeping an eye on troops positions: all of these are essential for winning the day. Or, if that sounds like a chore, switch to “Arcade Mode” and run & gun at will!

Although the theme and visuals might suggest otherwise, there is a lot of depth underlying these doodles. As units gain experience and level up during a battle, they become progressively more proficient at battle and will go prone to evade danger, hide behind cover when attacking, and dodge incoming rockets. Ranking up also increases various other attributes, such as stamina, ammo capacity, weapon accuracy, and even how quickly a unit will raise or lower a flag to take over a building. Actions such as running, rolling, and throwing grenades take stamina, and if a unit’s stamina runs out they become exhausted and must wait a short period to catch their breath. Outside of battle, the player can use experience points earned during battle to unlock unit-specific and global training and weapon upgrades as well as HQ abilities like ammo drops, paratroopers, and air strikes.

While some missions see you attack the enemy head on, others involve building up a base using engineers, rescuing prisoners behind enemy lines using a lone sniper, fighting against your own defecting forces, traditional "boss" fights, and even battling it out at sea (upcoming). In addition to the built-in campaign missions (39 and counting), There Will Be Ink includes a map editor to design your own battlefields from scrap as well as a campaign editor to string missions together into a full fledged campaign. Or, if you're not feeling creative, be sure to check out the "Quick Battle" option, which allows you to choose a few variables using sliders and toggles and then jump into a random map.

In There Will Be Ink, the history of any given battle is retained by the craters, shells, and red ink spilled on the battlefield, while end-of-battle stats are there to give you a more numerical analysis of the battle.

Play with or against up to 7 friends in local multiplayer (or with a few friends online using Steam Remote Play Together). A team can play through a whole campaign together or just a quick battle or player-designed map. In campaign missions that were previously won, players can join the enemy team for an extra challenge (or not!). In addition to end-of-battle stats for players to compare, badges are presented to players for such feats as the most kills, longest streak, most deaths avenged, and many more (including less brag-worthy badges like most deaths and most medics killed).

Game Status:  The game is currently in development, so any constructive feedback is greatly appreciated. Purchasing the game grants you access to all future builds and includes a Steam key.

Here is a quick video tour of the game!

In order to download this game you must purchase it at or above the minimum price of $7 USD. Your purchase comes with a Steam key. You will get access to the following files:

Oh my gosh, this game is SUPER-cute and well done
by KeronCyst · 5 posts
2y
This game was fun
by sveny · 2 posts
2y
non-us keyboard
by pierrot83 · 4 posts
2y
Demo download
by Klogner · 2 posts
2y
Post a new topicView all posts 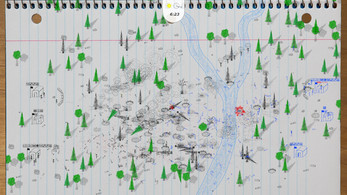 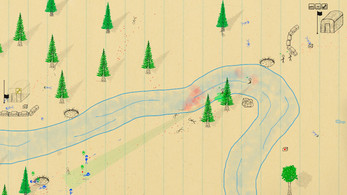 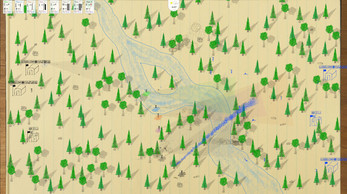 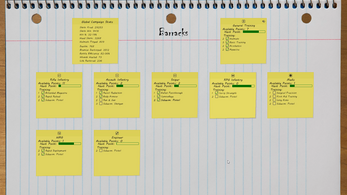