Hello, friends! There is a new build out today for There Will Be Ink. Beta 6, let’s call it. It is a big one! There are tanks, new missions, reworked controls, a new game engine, AI and UI improvements, many enhancements and fixes, and much more. Before I jump into the details of the update, a small note about a big change since the last update back in July.

As was the case for many, my day jobs were affected by the pandemic. Once June came around, my usual summer work was not there, and I had to look for something else to pay the bills. Luck was on my side, and I managed to get a full time position with Mohawk Games, my first job job in the game industry, doing QA work on their fantastic historical 4x game, Old World. They are a great bunch of people, and the game is incredibly good. I highly recommend checking it out! Anyhow, some of my other work picked back up after I started with Mohawk, which made for a very busy summer indeed. As a result, work on TWBI was very slow for a while there. Needless to say, my springtime goal to finish 1.0 for September 2020 was not met. But! Now that I’ve settled in to my new routine, I’m finding ways to make more time for TWBI, and I did indeed get a lot done over the past few months. On to that!

That’s right, There Will Be Are Tanks! They are showcased in the (current) last mission of the main, “There Will Be Ink” campaign, but they can also be placed in the map editor. There will be more missions to come that feature tanks. Although quite functional, tanks are still a work in progress. For instance, some of the art and effects are not finalized, and I’m still sorting out their pathfinding methods. I’ve been freestyling it with different heuristic methods, which works well a lot of the time (and hilariously bad some of the time), but I might just end up with something more methodical and established for pathfinding, like trusty ol’ A*. All that being said, I find the tanks pretty fun and I’ll be curious to hear any feedback on them (see note below on the new Discord server!). I know I had a lot of fun banging on a cast iron frying pan to make those bullet-hitting-metal sound effects.

I won’t say too much about the new missions, so to leave something to discover for the player, but most of the new levels feature unique mechanics, terrain, and environmental effects of some form or another. They are quite a lot more varied than the Act I missions, and some are pretty difficult. Also, more is learned about your Alt Write foes starting right away with mission 9. I can taste that Pulitzer prize already! 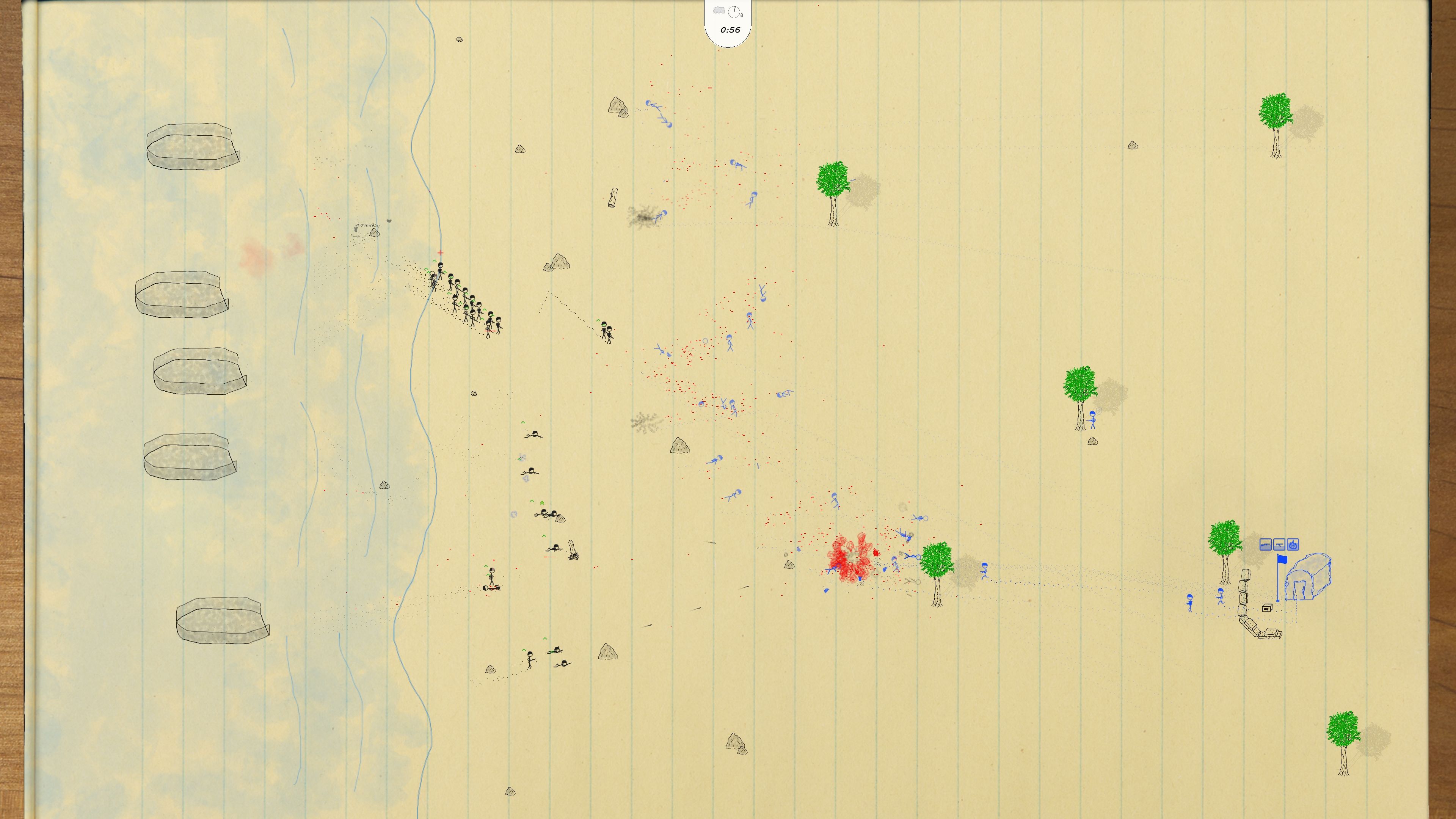 At last, I think I’ve got gamepad controls optimized pretty well. I’ve eliminated “precise mode” that was previously activated by holding down the right analog stick. Instead, it’s a lot easier to make precise adjustments with standard aiming, and aiming vertically is much more smooth. In addition to that, I’ve added a “free aim” mode, which is toggled by pressing down (not holding) the right analog stick. In “free aim” mode, the cursor stays put and is moved using the right analog stick in a similar way to how the mouse moves the cursor. This method is much easier to use for aiming with RPG infantry (as well as tanks) and can also be effective for strafing and the like.

Although I’ve used GMS 2 for other small projects, I stuck to trusty ol’ GMS 1.4 with TWBI, mostly because I was used to (and still prefer) the old workspace layout. But, aside from getting with the times, I recently discovered a pretty big issue that encouraged me to make the move. As (hopefully) many others did, I held off on updating to the 2004 build of Windows 10, released earlier this year. Upon finally doing so, I found that it effectively broke TWBI, in that the game runs at about 10fps below the default 60fps the game is designed for, regardless of what’s happening in the game. I tested things out on a couple systems with the same results. I was able to find a fix in GMS 1.4 to get the issue mostly resolved, but it was still running at 1 or 2 fps below 60, which is unacceptable. The only way I could fully resolve the issue was to port TWBI to GMS 2, which actually was a pretty smooth process. There were a few quirks I had to work out, and there are sure to be a more remaining, but I think things will be good going forward. I may have even gained a few fps in my TWBI stress tests in GMS 2 vs. GMS 1.4. My main worry is that a lot of players are experiencing this performance lag, especially since the game was released as part of itch.io’s Bundle for Racial Justice and Equality a few months back, during which the player base of TWBI greatly expanded. I originally hoped to include the Act II boss level as part of beta 6.0, but it will just have to wait for 6.1 as I hurry to get this performance fix out. 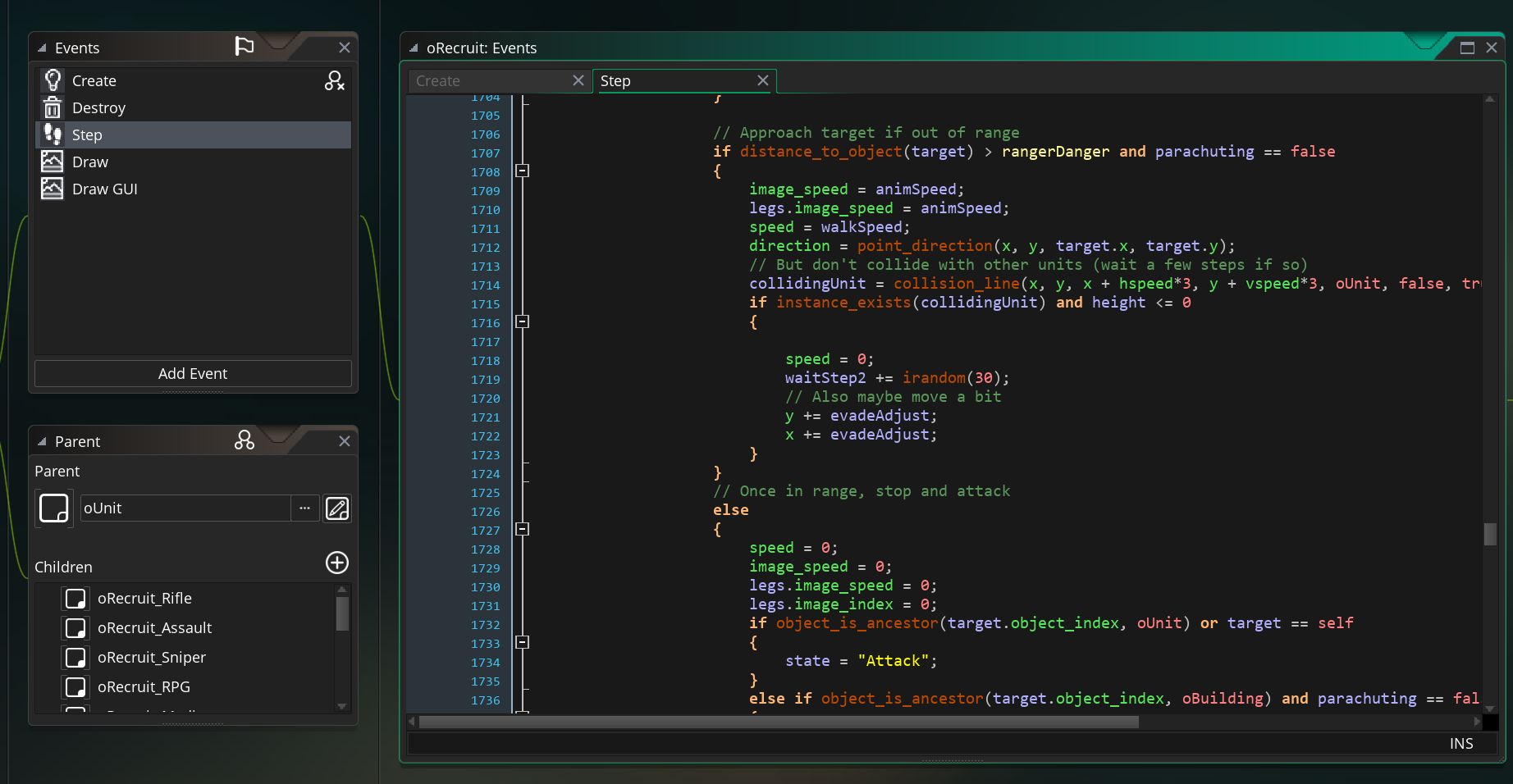 There Will Be Ink now has its very own Discord server. Come on by for a chat, the latest updates, test build access for Steam users, and so on!

All of The Other Things

There are a lot of other things! The full list can be found in the changelog below, but a few highlights include beaches and landing craft, unit footprints, new stats and badges around mines, more effective mine laying for the Engineer, more friendly friendly-fire, grayed out aiming cone when reloading, Grabby Mode improvements, player colour updates, StickMan Boss rebalance, AI improvements, many small QoL improvements, performance optimizations, and many bug fixes. Also starting very soon (Oct. 1st), Spooky Edition is unlocked! I’ve updated the artwork, so everything should kick in automatically come October first. Seasonal content can be disabled from the Options menu if you prefer the standard visuals. 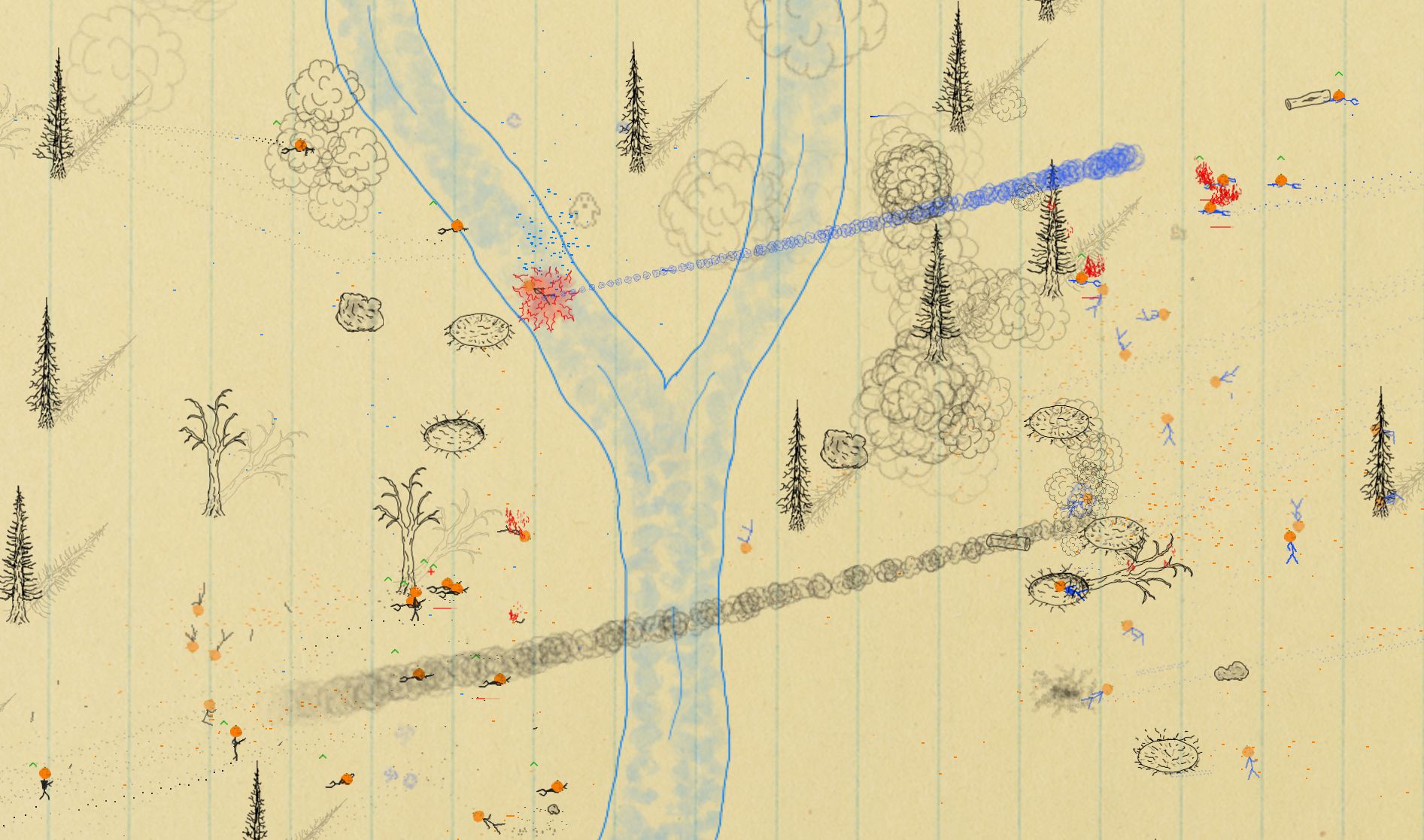