The Fallen Comrades page can be accessed from the "Campaign" menu. It displays a field of flowers (one for each player death) as well as headstones for any heroes killed in battle. The fanciness of the headstone is determined by the rank at which the hero was killed in battle. Headstones also list during which battles the hero respectively emerged and was killed, number of kills, battles, and victories, and even a small screenshot from the time of the hero's death.

There are 4 new missions this time around, each offering something new. One is a skiing level, while another involves neutral buildings that can be captured and offer a new unit type. Yet another is kind of strange and I won't say much about, while the last one is just a big ol' battle, which I guess isn't anything that new. Sorry, I also wish I wasn't such a liar.

I've begun work on the last mission of the main campaign. The other feature I'd like to get in place is the end-screen for when a campaign is finished. That will be used for procedural campaigns as well, as right now things are a little anticlimactic when victory is achieved at the end of a campaign. I hope you enjoy the new content, and please feel free to send any questions or feedback my way. Cheerio! 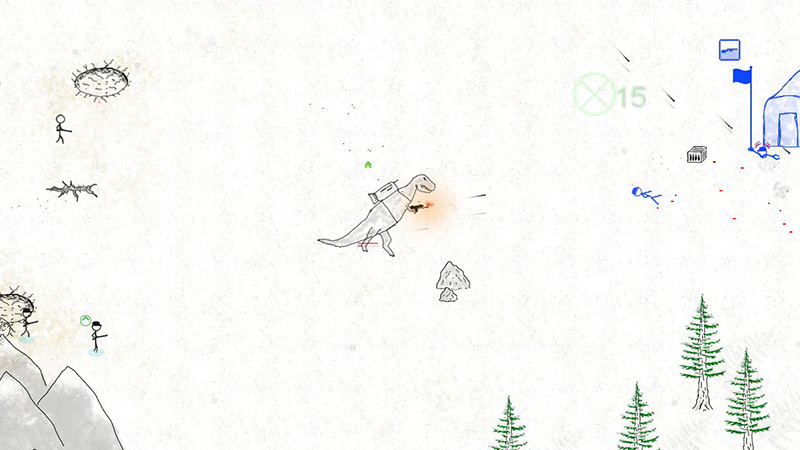